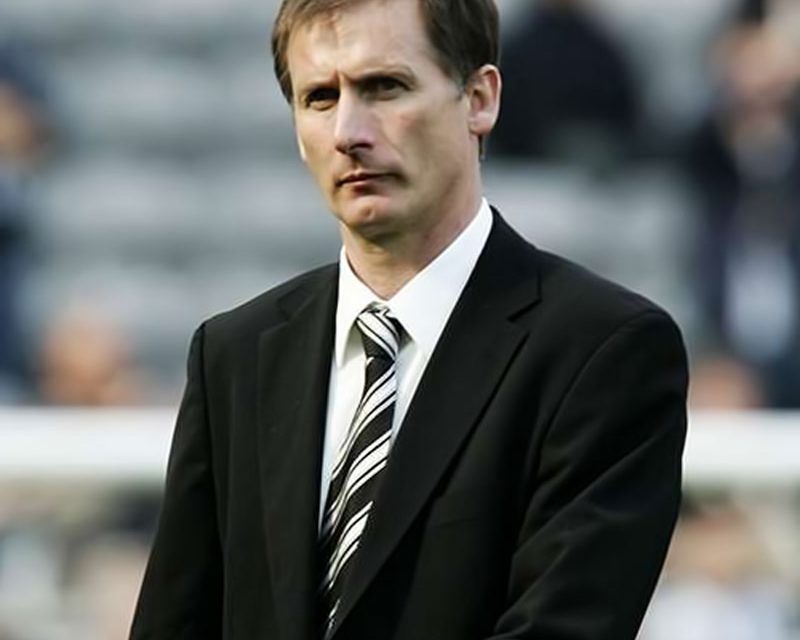 Some thoughts on the passing of Glenn Roeder, Watford’s former player and manager, at the age of 65.

My neighbour moved away from the area before he could see how wrong his comment was, but then I don’t think he was the only supporter at the time who was a little underwhelmed with the signing of Glenn Roeder on a free transfer from Newcastle to replace the outgoing McClelland, an absolute club legend and certainly one of the finest defenders I’ve ever seen in a Watford shirt.

I’d first been really aware of Glenn Roeder the season before. Watford had played out a marathon FA Cup Third Round tie with Newcastle, a tie that stretched to four games. The tie was settled in extra time in the final game when Roeder deflected a shot from Rick Holden which was probably heading nearer the Red Lion than the goal past his own goalkeeper. I remember the crowd around me chanting “Roeder, Roeder!” having already seen them particularly picking the Newcastle skipper out for taunts during the games. I’m guessing this was following on from his time at Queens Park Rangers in the Terry Venables side which was the anathema of the Watford side under Graham Taylor…lots of offside traps and passing backwards.

Roeder’s signing by Steve Harrison turned out to be a pretty astute bit of business. Alongside a young and upcoming David Holdsworth, Roeder was a good leader in a squad that was being trimmed after failing to return to the top flight the previous season. Roeder’s importance to the cause was even greater the following season when he was undoubtedly one of the key men in Steve Perryman’s side that escaped relegation, the manager installing Roeder as a sweeper in a young defence. Off the pitch, Roeder fully embraced the family club image and although I was never fortunate enough to meet him, all that did found him a thoroughly decent chap with time for everyone.

Installed as a player/coach, Roeder left the club the following season, spending time at Leyton Orient and supporting Paul Gascoigne in his Italian adventure, but returned to the club as manager, replacing Steve Perryman in the summer of 1993. It would be fair to say that the club was a bit of a low ebb, Perryman’s team of the time had a leaky defence and could be painfully dull to watch. They also seemed to lack much stomach for a battle, a problem Roeder went a long way to sorting out.

Roeder’s first game in charge showed plenty of fight which saw two players sent off in a derby defeat at Kenilworth Road, however I remember the fans appreciating the increase in battling qualities. This did however lead to a string of red cards in the early part of the season, although some of the decision appeared to be more based on Watford’s reputation rather than excessive misbehaviour. With the addition of a stand with a roof at the Vicarage Road end, the Watford fans were able to make themselves heard and it gave Vicarage Road a much better atmosphere. The battling qualities were in full evidence in a game in the October of Roeder’s first season, at home to Bolton when a young Watford side, minus their suspended top scorer Paul Furlong, managed to turn around a 0-3 defecit to win 4-3, thanks in no small part to a Gary Porter hat-trick.

There were a couple of problems that Glenn Roeder had inherited. Firstly a very leaky defence, and secondly a chairman in Jack Petchey with a very tight hold on the purse strings. Keeping their heads above water were the goals of a young Bruce Dyer and the more established Paul Furlong. When Dyer was sold it looked like all was lost, but then came the first evidence of Roeder’s eye for a bargain in the transfer market. Having already captured Craig Ramage for just £90,000, Roeder managed to add experience into the back line with the signings of Keith Millen and Colin Foster, and some support up top for Furlong in the shape of loanees Tommy Mooney and Dennis Bailey. I can’t remember how much Watford spent, but it can’t have been much…the fee for Dyer was being used to pay for the nice new stand we were now sitting in. The signings did the trick, tightening up the defence enough to keep Watford up, with the added bonus once safety was secured, of visiting Crystal Palace on the final day and spoiling the hosts Championship celebrations with a 2-0 win, a very memorable away day.

The following season was undoubtedly the highlight of Roeder’s time in charge. With the addition of Kevin Miller in goal, the defence was more secure, but there were now problems at the other end as Furlong had been sold to pay for the forthcoming Rookery Stand. Jamie Moralee was signed as a replacement but was a huge disappointment, and it wasn’t until the emergence of a young Kevin Phillips, signed for just £10,000 in the winter, that Watford really began to click in attack. Finding someone to partner Phillips proved more of an issue and one that proved troublesome for Glenn Roeder for his remaining time at the club. There was a long list of loan signings that were too expensive to be signed permanently, or cheap permanent signings that just weren’t up to the job. When injuries hit, depriving the side of Hessenthaler and Phillips in particular, the confidence was badly hit and never really recovered until Graham Taylor’s return in the spring. With Watford’s former manager out of work having been sacked by Wolves, there were plenty of rumours of Watford being interested in bringing him back, and a horrible 4-0 defeat at Selhurst Park brought the end for Glenn Roeder’s time as manager.

Glenn Roeder’s record as Watford manager at a quick glance would probably seem fairly unimpressive. Having lived through the period, it’s fair to say that he always had one hand tied behind his back, particularly in the transfer market. He had a decent record of bringing in players on the cheap and getting the best out of them – Kevin Miller, Colin Foster, Keith Millen, Tommy Mooney, Craig Ramage, Kevin Phillips. He got Gary Porter playing probably his best football during his time at the club. He dealt with the losses of important players like Dyer and Furlong without complaint, while also managing to convince Mick McCarthy to pay £500k for Gerard Lavin and Kevin Keegan to pay £400k for Jason Drysdale, two players who were hopelessly out of form. He created a team who fought for the shirt and helped create a half-decent atmosphere at Vicarage Road in a time when crowds were dwindling. Yes, he also made some errors in the transfer market, but when you’re dealing in the transfer market equivalent of Poundland with a couple of quid to spend, you’re sadly not going to unearth the unpolished gem every time. I look back on Glenn Roeder’s time at the club with a great deal of fondness and it was sad to hear of his untimely passing.

The Enjoy the Game Interviews