Midfielder Colin joined the Hornets from Wealdstone in 1969, spending four seasons at the club and making more than 100 appearances. He left in 1973 to join Sheffield United.

Now living in Burlington, near Toronto, he spoke to Watford Legends in 2011.

Hi Colin. Thanks for talking to Watford Legends. You signed from Wealdstone…..

Actually I was playing for Borehamwood at 16 and I got invited for a trial with the Watford youth, and in order to play for the youth team I had to sign some paperwork as an apprentice which I did. After the game I had offers to have trials with Liverpool and Fulham, and I told the club that and told them that I would like to go. The club told me that I could not do that as I had signed the paperwork, but I repeated what they had told me about not keeping any players who were not happy. The club did not want me to go so I refused to sign professionally. And this was why I signed for Wealdstone and got a job.

I played with Wealdstone for a year and in that year the club sent me a number of letters stating that they would like me to sign professionally, and eventually I did.

Your manager at the time was Ken Furphy. How did you enjoy playing under him?

I didn’t. We didn’t get on because of what had happened when I was younger and, well, let’s put it this way, I wasn’t too disappointed when he left the club.

I remember it was our first winning game in Division Two and we beat Aston Villa 3-0. I was very excited, only 18 at the time. Then in the next game we drew 1-1 with Huddersfield, and then the following Saturday we travelled to Blackpool and won 3-0 and it was during that game that I got my first league goal.

Do you remember much about your first goal?

Yep, it was just before half time and I made a run in to the box. Stewart Scullion played the ball across, I took a swing, mishit it and it nutmegged the goalkeeper.

A lot of Watford fans heroes emanate from that era, with the likes of Stewart Scullion, Duncan Welbourne and so on.  Did you have any favourite player yourself?

Probably Keith Eddy. He was very helpful to me and would talk me through the games and was a good individual. I got on well with all the team really. Duncan was great because if anybody came near you he would deal with it.

I think the first time I played right midfield Stewart Scullion came up to me and said “Don’t run towards me asking for the ball because I won’t give it to you. I’ll take people on”. He was always available though if you had the ball and needed to release it.

Not really no. I know that Keith Eddy is in Tulsa and our families exchange Christmas cards and letters, but I haven’t really kept in contact with many of the others.

Aside from the obvious ones of your debut and first goal, do you have any other games that stand out for you personally?

I think it would be the FA Cup game against Stoke City. I scored the winning goal in my first season, and I scored past Gordon Banks with my left foot, which had only ever been used for standing on! That was probably my strongest memory of a game at Watford.

You left the club to go to Sheffield United. Why did you go?

I came back from my honeymoon and was asked to travel to Sheffield United to see them. It was more money and a chance to play in the top flight so it would have been hard to refuse. It also helped that Stewart Scullion and Keith Eddy were there.

And of course Ken Furphy was there as your manager.

Actually I was signed by John Harris in summer 1973 and he retired in the October of that year. They then hired Ken and I went home to the wife and said “You’d better get the suitcases out as we are leaving”. However I managed to outlast him.

How did your relationship work second time around?

It was exactly the same. If I’m honest when he used to talk to me I used to laugh. That’s life though; you just have to get on with it.

Did he pick you though?

I played a few games but generally I would be an emergency player. Ken would say such things as “I’m only picking you as I’ve got nobody else” and other such motivating comments. I remember we had a game at Ipswich where I was subbed off and he said “I didn’t know you could play that well” and I replied “That’s because you never pick me”.

Did those comments bother you?

My philosophy is that if you have no respect for where the comments came from then they do not matter. My only concern was to play well for the team, the crowd and myself.

Have you buried the hatchet since your football careers ended?

The last time I saw Ken was when he was manager of Detroit and we saw each other in a hotel before a game. We were cordial with each other.

You moved to the US league which a lot of players did in the seventies. Did you enjoy playing there?

Absolutely. It was great to play against such players as Johann Cruyff, Franz Beckenbauer and George Best.

Would you have preferred to play more in the English league?

My move to USA came at a time when things were changing at Sheffield United, and Keith Eddy was coaching in Toronto, so I came over and really enjoyed it.

So from playing in the US league through to now, what have you been up to?

Oh yes it’s a beautiful place to live. The summers are nice and there are lots of golf courses, so I can’t complain!

Do you think you will return to the UK?

No I will remain in Canada but I do return to the UK once a year to see my mother, who lives in Brighton. I also catch up with a few of the lads I used to play with at Sheffield United.

Have you been tempted to come to a Watford game?

I haven’t been down there for a while but would love to take in a game. It would also be nice to see the old ground. I had problems with Ken, but I had a great time at Watford and it was a great introduction to pro football.

It’s so much technically better now in skills terms. Everyone can play with the ball. The one thing that does drive me mad is the non contact element. You only have to brush past someone and they go down. If I was playing now it would be one game in, three out with suspension!

Well thanks for your time Colin; we hope to see you at The Vic soon. 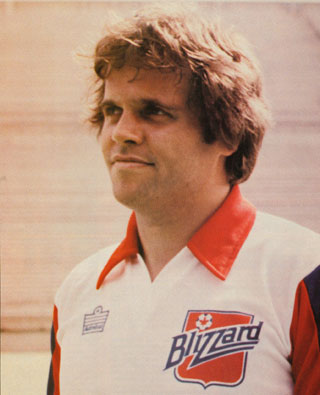 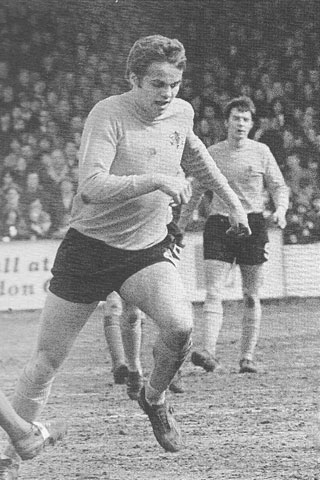