Danny joined Watford in the summer of 2009, finishing top scorer for two seasons in a row, and top scorer in the Championship in his second season where he also was named in the PFA Championship Team of the Year and was voted Watford’s Player of the Season.

After such a successful season, in the summer of 2011 he was signed by Swansea City for £3.5m and spoke to Watford Legends shortly after his departure.

Hi Danny, thanks for talking to Watford Legends. First question then, as ever, how did you become a Hornet?

It came about through Brendan Rodgers. In my last season at Carlisle he watched me for six to eight months. Then of course he left Watford and Malky picked up the interest, and we took it from there.

Was there any worry that the move wouldn’t happen given Brendan Rodger’s departure?

Yes of course. It was Brendan who was interested in me and the fact that he moved on made me wonder that it might never happen. But fair play to Malky, he followed it up and I’m glad that he did.

You had two excellent seasons with Watford, and seemed to settle in well.

Yes, and it helped that my first goal was on my debut against Doncaster. It was great to get off the mark. It gave me a lot of confidence.

How did you settle in to the club?

Yes I settled really well. The lads make you feel very welcome, and it is a close knit club. Even now when new players come in they are well looked after straight away. It helps massively.

What was your favourite game in a Watford shirt?

I think I’d have to pick a couple last season. When we beat Millwall away 6-1, and when we went to QPR and won 3-1. The Millwall game was just one of them games where everything went right for us and wrong for them. It was good to have six different scorers too.

You scored one or two goals. What’s your favourite?

My personal favourite was Hartlepool in the FA Cup and ran across a few players and smashed it in to the top corner with my weaker foot. It was a great strike and I was delighted with it.

We remember watching that move, watching you run and run, and willing you to pass it to someone!

Well I had Lloyd running down the right flank but there’s no point passing to him in that position as he wouldn’t end up scoring so I thought I’d go for it myself!

And on that subject, you played in the QPR game when Lloyd finally found the net. How was that moment from your point of view?!

It was unbelievable! It was always being talked about but I knew all about it even though it was my first season at the club! We were really pleased for him as he’s such a nice guy. It was also a goal the turned the game on its head as he equalised after we were one nil down, and we went on to win.

And it was a great header as well!

It was an unbelievable header for Lloyd. I’m still in shock to this day!

You seem to have had a really good relationship with the Watford fans. Can you put your finger on why that is?

I’m not sure really. I think the fans see that aside from the goals I do work hard, and I think they appreciate that. The relationship was also very good when I was struggling a bit, they always stuck by me, and they did that with other players as well.

Who was your favourite strike partner?

I think I would say Marv. Especially over Christmas time when we went seven or eight games without getting beaten. We were smashing teams, like Cardiff 4-1 and QPR 3-1. So yes, Marv was probably my most successful partnership. We hit it off the most.

I’m a team player. Always have been. If I’m in a position, but someone is in a better position than me I’ll pass it on. A good example of that was against Leeds this year when Andy Weimann was better placed so I gave him the ball to score. I want to score goals, don’t get me wrong, but I’m a team player primarily.

Who was your toughest opponent at Championship level?

I would say the two boys at Forest, Chambers and Morgan. Morgan is an absolute monster, one of the biggest centre halves I’ve played against, and Chambers is big and quick.

Who will now take over as the king of table tennis?!

I would say Mariappa. Don has moved on as well, who was in the final with me, so I’d say Mariappa or young Connor Smith could be the surprise package. The table tennis was such a good laugh and it was a great tournament.

That competition prompted the vest wearing, and the Wear a Vest for Danny Day suggested by the boys from ‘From the Rookery End’. Did you get a chance to read many?

I saw a few as I was arriving at the ground but I had to try to keep my concentration and focus on the game. But I’m not going to lie I did take a look at a few to have a read!

Will you keep in touch with many of the Watford lads?

Yes, probably most of them to be honest. I went in to the training ground the other day after they’d had a hard training session and wished them well and they did the same back. They were preparing for the friendly against Borehamwood.

Talking of friendlies, what is the deal with them? A waste of time or useful?

Actually very useful. You have had a holiday and you may have been in for the first weeks training, but it’s great to get that first 45 minutes done. It’s fair to say that there is fitness and then there is match fitness.

Do you have a goal target for next season?

No, and I didn’t have one for this season either. If you haven’t got a target you don’t have the pressure of trying to achieve that figure. I’ll take each game as it comes and see where I end up.

What players are you looking forward to playing against in the Premier League?

Well, what players aren’t any good in the Prem?! There are so many good players. John Terry, Rio Ferdinand and Vidic stand out because they are the best in the world, so will be a great test for me and I’m looking forward to that.

We all knew that unless there was a shock, you’d be moving on. How did the club handle your departure?

They were really good. Between me, the club and my agent, everybody updated each other with developments and that is the best way to be. I really enjoyed my two years at the club so it was important for me to leave on good terms.

Why Swansea? Was that the clubs decision based on the fee or your call?

It was my decision. I thought they were by far the best footballing side in the Championship, and I believe their style of football might just suit the Premier League. They way they pass and move and get in behind teams. I feel I can bring something to the team and that was why I chose Swansea.

You’re from the north east, went to Carlisle, down to Watford and now over to Swansea, how is it to move around.

Relocations don’t bother me anymore. It did when I was 19 or 20, but as you get older it doesn’t matter so much. In fact it can be good to get away from everything and concentrate on the football. It will take a couple of months and settle in, and find a house, but that’s the way it is in this industry.

How do you think Watford will do this season?

Well there’s no denying there’s been a lot of changes. Malky’s gone and a few of the backroom team have followed, I have left as has Will and Don. But I am sure that everyone in the club will give Sean their full backing. I hope Sean has money to spend, I think they need to.

I think Sean is perfect for the job as he knows the club and the players.

Is Dyche as scary as he looks?!

No! He’s a nice guy, likes a joke. That look is just his game face! I have no doubt that it will be a bit strange for a few weeks with him as the Gaffer now, but I think Watford will do well.

Well good luck for the season Danny, thanks for being a Hornet, and best of luck next year.

Thanks lads, and thanks to all the ‘orns. 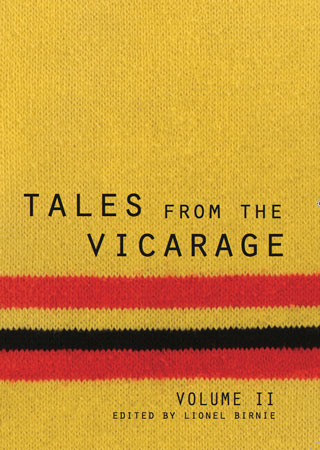