Centre-forward Devon was one of Glenn Roeder’s final signings in 1996, joining from Notts County. He went on to play 38 games for the club, scoring six goals.

Now retired, he runs an electrician business in Nottingham and spoke to Watford Legends in 2008.

Hi Dev, you signed from Notts County, how did the move come about?

As I remember Watford were struggling at the time, and were looking for a striker. Because I had been around for a bit they thought that I could come in and do a job.

How did you enjoy Watford?

It was mixed really because only a short while in to my stay the club sacked Glenn Roeder. It made me ask why they would allow him to sign me and then sack the manager.

Was it unsettling for you at the time?

Definitely. I was travelling backwards and forwards a lot, and I knew what Graham Taylor wanted after a short while of being with him.

How would you sum up your time at Watford.

As I say it’s mixed. On one hand I was disappointed that the manager that signed me was sacked so soon, and Graham left me on the sidelines, but on the other hand Watford is a great club. I got on with the fans and everyone else connected with the club. The club itself though was a brilliant club.

What about the fans?

Mostly they were great. Some were indifferent, especially as I was being left out a lot it meant that my match fitness was not always there.

Any particular games that stand out?

No games in particular. I felt I was there to do a job. During my time I had some games that I played particularly well in and others I was a bit lacking.

Are you still in touch with any others from your time at Watford?

I’m not in touch with anyone from Watford, and very few from football. I regret that a little bit. But that’s the nature of the industry, people move around all the time. I travelled to Watford each day from the Midlands so I didn’t make many friends in the area.

Why didn’t you move down?

My elder sons were going through senior school at the time, so it was best for my family if we stayed in Nottingham. But there were a few of us that travelled down together which split the driving.

Kevin Miller tells us that Craig Ramage was a nightmare to drive down with?!

Yeah he was! He would feign being tired, and would swerve around. And he never concentrated. After 10 miles I would always resist and take over driving Craig’s banger. They were a good bunch, and the Watford team was hard working. Except Craig…

Craig Ramage had quite some talent.

Without a doubt. On his day he was outstanding.

So then back to Notts County after a while.

They needed someone who fitted my description, and I went back. But I didn’t get on with the new manager, Turner, so I went off to Shrewsbury. They were good to me – because of the location I was allowed to train less than the other players because the rest of the weeks training was on pattern of play. And because I had been in the game a long time I was fully rehearsed at this. So I trained on the Monday and was then okay to just wait until match day.

Did this cause resentment with any of the others?

I don’t think so because many of the players were really young. I got on really well with the other players.

And with the exception of a year at Ilkeston that was it for football.

Yes I started to get a few injuries around then, and knew that it was time to hang my boots up.

And what was it like going to full time work from them days as a footballer where you train for an hour before going to the pub?

So you didn’t find it difficult to go in to full time work?

I got to the stage in my last year of football that I had to start looking at what to do after football. I consulted Gary Penrice who told me to find something that I knew. Before football I had been an electrician, and that was all I knew. I did a refresher course and started out on my own. Fortunately for me it has worked really well and I have been on my own ever since. I’m not a millionaire yet but I’m working on it.

Do you get recognised much when you go in their houses?

Yes, sometimes I get recognised but it’s mainly by the name. I do sometimes get spotted when I’m out in town!

So pleased you were a footballer?

When I think back I realise I am one lucky geezer. Most people would give their right arm to play football and I count myself very lucky that I did. I’ve played at Wembley twice and scored both times. Amazing. I tried to enjoy every minute. I loved being a footballer.

Thanks for talking with us. Hopefully see you at a Watford game soon. 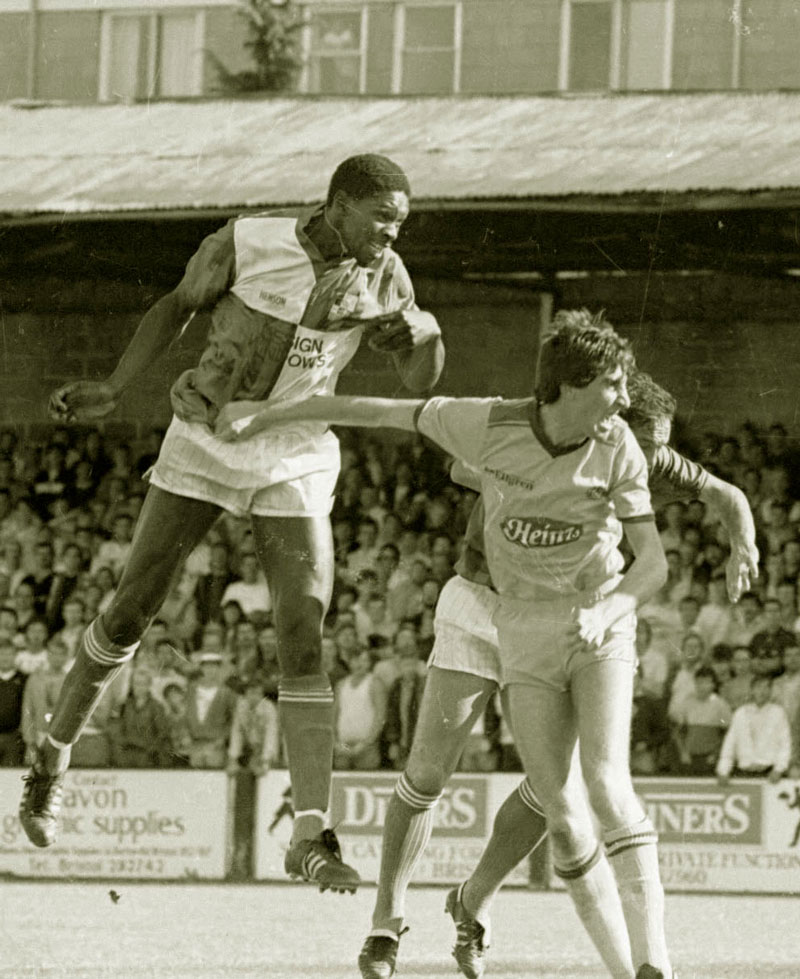