A former European Cup Winner with AC Milan, central defender Filippo signed for Watford in the summer of 2001 as the club prepared for life under Gianluca Vialli. He was appointed club captain, and despite being 38 years old, was one of the better performers in what was a disappointing season for the club.

Thanks for talking to Watford Legends. I understand early on in your career, you helped a certain Luther Blissett settle at Milan?

Ha, well I was very young when Blissett came to AC Milan. It wasn’t the best period for him at Milan but I tried to help him with the language and keep close to him. I was sorry to see him go back to Watford. The year I was Watford he was of course not there.

When the opportunity came to join Watford, did you speak to Luther at all?

No. I’d always loved English football and it was my dream to come and play in England.

I had a chat with an assistant of Vialli on the phone as he’d called me up to ask my opinion on a player who was with me at Brescia, Igli Tare. So we had a chat and he told me they were looking for a central defender, and I told him for fun that I was available! And then a few days later he called me back and told me I could probably sign for Watford.

I was in Australia at the time on holiday and I was very excited. I received a phone call from Luca Vialli and I did everything without my agent, because it was a dream come true to come and play in England, so I was really excited. I started my preseason in Fiuggi and then in London. It happened very quickly.

Did you know much about Watford before you joined?

No, apart from it being the team of Blissett, and also John Barnes.

But for me to be part of the team was great, was an experience I can’t forget. The atmosphere at Vicarage Road was unbelievable. I’m still a fan of the club and it might sound strange having played for all that time at Milan and at Brescia with Baggio, but the experience was unbelievable.

And you became captain?

Yes, I was very surprised.

You’ve obviously worked with a lot of top coaches in your career. How did working with Gianluca Vialli compare?

Vialli was just at the beginning. He was like Sacchi in his thinking.

Probably at the time, the team was not able to put on the pitch Vialli’s ideas on football so we had some problems, and we didn’t have a very good season. We were not able to get to the play-off positions, just midtable.

Do you have a favourite coach you’ve played under?

Sacchi and Capello are probably my two favourites. Tactically Sacchi was the best, Capello was an ex-player who was good at managing the players.

Your Watford career started with a game against Manchester City.  How did you find that?

Ha, f*cking hell! It was unbelievable. I was in the referee’s locker room with Keegan, a legend, and with Psycho (Stuart Pearce), the captain of Manchester City. And then in the stadium of Manchester City. It was a bad start. At the time, City had very good strikers – Wanchope, Goater and Berkovic, and Dunne at the back if I remember.

It was a pity. I would like to have played longer with Watford. Vialli was sacked, so I decided to come back to Italy. It would have been great to stay and try for promotion because that was the aim of the club.

There were rumours of players being unhappy with some of the players on a lot of money and other players on not so much money – was that something you were aware of?

I heard something about that, but I didn’t know the situation. My only focus was working on the pitch. Watford for me was like playing for AC Milan, they were my team and my only thought. I read later there were some rumours about that, but the atmosphere in the locker room was good to be honest.

Were there any players you got on particularly well with at Watford?

Coxy and Stephen Glass. Robbo and Noel-Williams. Baardsen and Chamberlain, the goalkeepers. It wasn’t great with Ramon Vega at start but then it was good, also with Patrick Blondeau. I was friendly with many of them…Nielsen as well. To be honest I can’t say I wasn’t in good relations with any of the players at the club. I tried to be myself with them – it was good.

During the season, Vialli brought in some younger players including a certain Lloyd Doyley. How did you find him to play with?

Ah yes, he played for many years at the club. I remember Doyley, he was a good player, very focused, committed to training. He was very aggressive and a good man-marker. He could run as well.

I also remember now, Micah Hyde. I can remember them one by one, better than my team mates at AC Milan, too many years!

Are you still in contact with anyone from your time at Watford?

I was in contact with Robbo for a while and Coxy as well, and also Nigel Gibbs – he wasn’t playing any more, but I know he’s a legend for Watford and I caught up with him a few years later.

I’m on Instagram and in contact with Patrick Blondeau and Vega called me just a few weeks ago.

I’m looking forward to coming to see a match at Watford, but in my job I can’t find the time, but sooner or later I will come over.

Have you been back to Vicarage Road since you left?

No, not to see a match. I have been in Watford but there wasn’t a game.

Watford now have Italian owners, the Pozzo family. Have you ever had any dealings with them?

No. I know of the Pozzo family, they work very well at scouting and trading of the players. Udinese is doing well, Oddo the new coach has won five or six in a row. The owner is a football man.

Under the Pozzos, Watford have changed Head Coach a few times, have you ever been tempted to apply?

No, never. I am the Director of Youth at Milan, I have been here for nine years. I started in 2009 so it is my ninth season. I like it even thought it’s away from the pitch, it’s a different job and I really enjoy it. 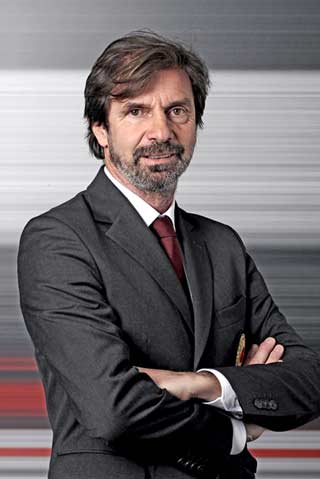 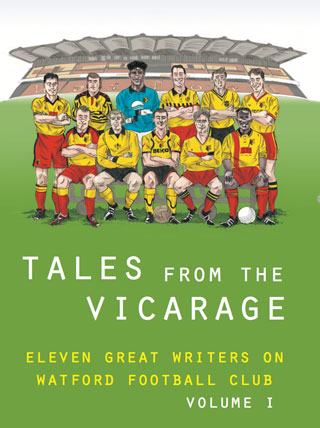