Defender Ian was a £12,500 signing from Notts County in 1977 and was described by Graham Taylor as his best ever buy. He played in all four divisions for the club as well as in the UEFA Cup, making more than 200 appearances and scoring 28 goals. He joined Brentford late in 1983.

Hi Ian, thanks for talking to Watford Legends. How did you come to be a Hornet?

I was playing for Notts County and went on loan for a month with Lincoln, where Graham was manager. In the close season he went to Watford, and he came back in for me for £12,500. Extortionate! Probably £12 million in today’s money!

How did you settle in the area?

It was a bit difficult to start with because I was coming from the Midlands. We moved in to a club house that the club had, and we paid a fiver a week rent. No real problems though.

I met my second wife in Watford and that is why we are still here now.

How did you enjoy your time at the club?

I absolutely loved it. Sadly though, I didn’t realise at the time what I had, and the 16 years I had as a pro just zipped by. But to go from the Fourth Division to Europe was a hell of a story, and I am glad that I was involved for 98% of that. The bit that’s missing is the FA Cup final, as I went to Brentford in the November of 1983.

It was a fabulous time, but sadly I only really appreciate it now.

Were there any players during your time at Watford that you were particularly friendly with?

My room mate for the majority of those years was Nigel Callaghan. He was just breaking through as I was more experienced. He kept me up all night with his computer games. People like Dennis Booth and Steve Harrison were responsible for the great team spirit and camaraderie we had.

Did you realise at the time what a prolific talent John Barnes was to be?

Oh yes. The first team went to watch the reserves at QPR and Barnesy was playing. I remember he was penned in to the corner flag by three defenders, and I thought that he would go up in the air. But then from nowhere he emerged with the ball at his feet and the defenders beaten.

It showed with the career he had with Liverpool and England that he was a great talent.

You had the ability to score the odd nice goal. Do any stand out?

There was a goal at Rotherham where we were absolutely awful, in the soaking rain. Rotherham cleared the ball and I ran back about 25 yards in to our own half. I couldn’t see anybody so thought I would just hit it as hard as I could and maybe put it on Ross Jenkins’ head if I was lucky. The goalkeeper came out to collect it but the wind carried it past him and in to the net.

So although David Beckham was to do it all those years later, I was the first, and from further out – even though it was not deliberate!

Did you admit afterwards that it was not deliberate?!

I was interviewed afterwards, and was asked. I kept a straight face, said I had seen the goalkeeper off his line and put it in. It was a complete lie!

Anyone would have said the same. You were part of a team that went right through from division four to Europe. Did you have a division you enjoyed the most?

I think the Fourth Division. Things were just starting then and everything was new. When I came to Watford, Graham Taylor brought with him a big book of tactics. The basic ethos was that if the ball is in their half, the opposition can’t score, but you can. Graham would look at how many shots and crosses we had. Basically if you don’t attack, you can’t shoot, and if you don’t shoot, you don’t score.

As a team we did not get the recognition we deserved, and everyone only ever talked about the long ball. But we weren’t prepared to play teams at their own game, we wanted to play ours.

If you look at Arsenal, and they are one nil down with five minutes to go, they will get the ball forward and get as many crosses and shots in as possible. The difference with us was that we liked to do it from the first minute.

But back to the original question the reason I enjoyed the first years was that we were a team of players who had something to prove – a bit like the dirty dozen. And I liked that.

You played in quite a few positions. Which ones did you prefer?

My most successful position was at number six, teaming up with the likes of Steve Sims. It also gave me a bit of licence to strike a ball with a bit of precision to the likes of Luther and Ross Jenkins.

Graham Taylor described you as his best ever signing. How do you like that accolade?

Very much so. When you look at the players that have been bought by Graham, to have that title is a very nice accolade indeed. And to be part of a team that did what it did was even nicer. We, players and fans, are very proud of what happened.

How did you enjoy playing in Europe?

It was very interesting to play against other players from other countries. I think our style was even more difficult for them to contend with than English teams.

We were reporting to the ground to get on the bus to go to a game. Graham told me that Brentford had come in for me. I asked him if I was playing and he told me I was to be on the bench anyway.

I went to Brentford as I felt it was going to help my marriage was that was failing at the time. It didn’t work and from a football career point of view it was the wrong decision.

I believe that if I had stayed at Watford I would have come through it. But to be philosophical if I hadn’t gone to Brentford, I wouldn’t have met my wife now Tina, and wouldn’t have had my daughter Carly.

As soon as I moved to Brentford that was it really, the fire had gone. I wasn’t interested any more. After six matches the manager got the sack. Frank McLintock came in and didn’t fancy me, so I went to play semi-pro at Barnet.

So what have you done from there up to now?

When I left football I had no idea what to do. I had three or four jobs whilst playing semi-pro. I decided that sales was what I wanted to do. I met a guy who was a massive Watford supporter, Andrew Cannon, who ran a company called Sara, who do metal ramps and lifting equipment. We had a chat about football for a couple of hours and we agreed that I would work for them.

Murder, to be honest. I had had 16 years as a pro footballer, training two hours a day, and earning very good money. I could not get used to it. When I was a player I had no clue about the real things in life like insurance and mortgages. It took me a good four years to get used to it all.

Yes I’m still with the same company although I left for a little while. I’m 55 now and I have no intentions of going anywhere else. I hope to stay for a while, be successful and the go out to graze somewhere like Mallorca!

Well enjoy the sunshine, thanks Ian. 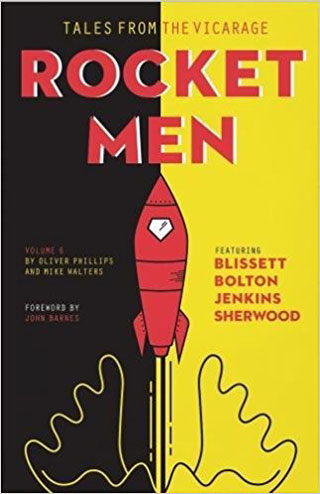