Midfielder James was part of the FA Youth Cup winning squad in 1989. He signed professional with the club, but made only two first-team appearances. He went on to join Doncaster Rovers.

Now living in the US, James spoke to Watford Legends in 2008.

Hi James, you seemed to be at Watford for a long time, but we did not see much of you.

Well I would guess I played over 300 games at the youth and reserve levels, I was there from being a child up until I was 22, so I’ve spent over half my life there.

Well I have managed to play against my all time hero, Glenn Hoddle, in a reserve game at Stamford Bridge. And of course playing my debut game against Tranmere was special.

And my number one highlight was being part of the FA Youth Cup winning team of 1989. This was a great achievement.

And you nearly went to Athletico Madrid.

I was very keen to go there but we couldn’t quite get a deal done. I went over for a couple of weeks and really enjoyed it, but at the time there were sanctions on how many foreign players could play in each team.

You then signed for Doncaster Rovers.

Yes. It was quite different because it was like a non-league set up in a professional league, if you know what I mean. I had two years there and enjoyed it. But when you’ve been at a club like Watford it’s not the same.

And from leaving football to today, what have you been up to?

I work for a non profit organisation in Pittsburgh, www.pittsburghsoccer.org, where we look to get funding for pitches and facilities to get the local kids playing football. I’ve been here for seven years.

Do you enjoy living in the States?

Yes I love it. It’s a really nice place to live. I don’t come back to England much now, although I did come over for a couple of weeks last summer.

Well thanks for talking with us. Good luck with your continued work in ‘soccer’!

Thanks a lot. Cheers for now. 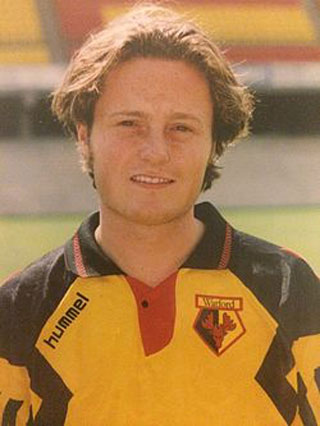 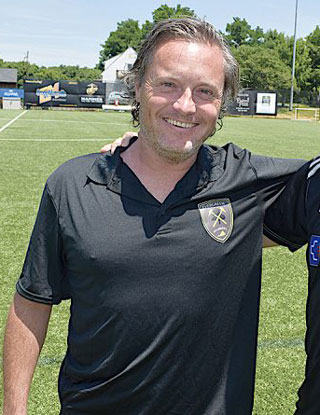