Johnny spoke to Watford Legends in 2012 after his retirement. Sadly he passed away in early 2021 after battles with dementia and COVID-19.

Hi John, thanks for talking to Watford Legends. You were playing youth football in Hemel Hempstead. How did Watford get involved?

I was living in Bennetts End and somebody locally phoned up the club about me, as I used to play on the playing fields on the estate. So Watford sent somebody down to come and have a look at me. I was also playing for the England schoolboys at the time which helped me to get an apprenticeship.

Your main manager was Ken Furphy. How did you enjoy working for him?

I thought he was a good manager. I enjoyed working for him. He was a nice man. He could be strict at times but only when it was necessary.

Ron Burgess was my first manager, and Mike Keen was my last manager, so I got through a few!

And what do you remember of your debut?

It’s so many years now that I can’t remember it! What I do know, and a fact that I am very proud of, is that I played nearly 400 times for the club. But I’m afraid my memory isn’t what it was – I think it’s because I used to enjoy heading those old heavy balls!

So what would you regard as your fondest memory?

I think when we got promoted to the second division, and the FA Cup game against Manchester United. Those are the stand out moments from my time with the club.

You chipped in with a couple of goals for the club.

I played just about all of my games for the club at left back, and I only scored a couple of goals, and my only wish is that I could have scored a few more. But then I suppose I am from an era where my primary job was to mark the opposition’s right winger, and follow him around the park. If I were to venture over the half way line, but that the caused a breakaway goal, I would have been dropped. Whereas these days there is a lot more emphasis on zonal play, and left backs are more like extra wingers.

I used to score a lot of goals through penalties and free kicks in training, but come Saturday, that work was left to the front players.

You were at the club at a time of a lot of good players – Scullion, Endean, Eddy…

I enjoyed playing alongside the whole group. I think in that era at Watford we had a good mix of class, skill and endeavour. You only have to look at the right side of the pitch, where we had Scully who would run rings around defenders, and behind him was Duncan Welbourne who was happy to deal with those who dared come in to our half…!

How do you think you would have got in the modern game?

I don’t think I’d enjoy the zonal marking thing; I was always a man marker.

How did you get on with the Watford fans?

Yes I got on great with them. I never had any confrontations with anybody, no problem at all. Watford fans are how football fans should be.

After all those years, and all those games, why did you leave the club?

I just felt that I needed to go. I’d been at Watford a long time, and a change is as good as a rest, so that was why I left and went to Colchester. I just felt that it was the right time to move on.

You went to Colchester which would me your last major move. What have you been doing since you finished with football in 1979?

There was a Colchester supporter, who was a manager of an electrical wholesaler, and he offered me a job as a sales rep, and from there I became a manager of a couple of their branches.

How did you find having a proper job?!

It was ok. The company were very good, and were good to me, so I was lucky to work for a good company after football.

Are you now retired?

Yes I retired about eight years ago. My wife says I have been retired for too many years.

Well enjoy your retirement, and thanks for talking to us. 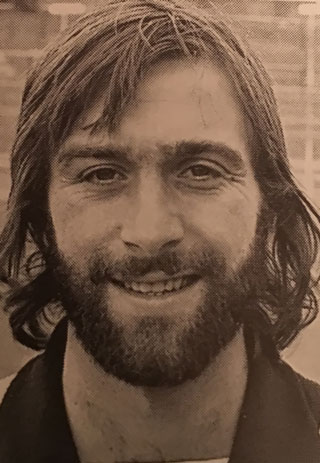 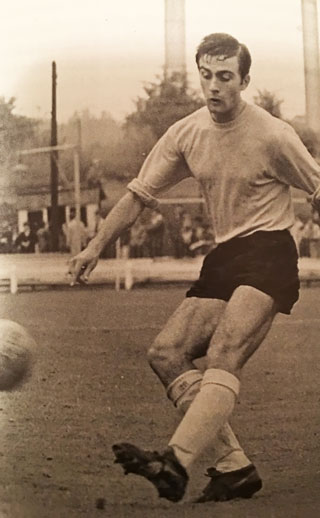