Barrow born midfielder Keith joined Watford from his hometown club in 1966. He played more than 200 games for the club over a six year spell with the club, before moving on to join Sheffield United and then playing with Pele at New York Cosmos.

Keith has now settled in the US, and spoke to Watford Legends in 2008.

Hi Keith. How did your move to Watford come about?

I went to Watford in 1966. Before that I was playing for my hometown club of Barrow but I was becoming disillusioned with it at the time. There was talk of me being transferred every week but nothing ever happened so I told them if something wasn’t sorted before the season started then I would leave which I did.

In what way were you particularly disillusioned?

I was playing for my hometown club which I should have felt proud of but there were older players who were coming to the end of their careers who were on substantially more money and I thought it wasn’t right. After me not showing up for the pre season, the club secretary said they would like me to go and talk to Watford, Brighton and somebody else who I can’t remember now. I went to Watford first and I never went anywhere else.

Why did you select Watford out of that group?

When I met Ken Furphy I took a liking to the guy and they showed me round and I met the players and the chairman, and I was impressed by it all so I didn’t feel an inkling to go anywhere else so I signed for them. My memories of Watford are pretty good. My wife and I lived in Croxley Green and I loved the whole area and I really didn’t want to leave the place.

Have you got any particular stand out memories of your time at Watford?

Obviously winning the third division in the 1968/69 season was a highlight. I think we beat Plymouth one nil at home to decide it and I remember feeling great relief more than anything else and was delighted to have finally done it. We had been at the top all year but had begun to stumble a little bit towards the end but we got there and along with Swindon who we managed to beat to come top.

Within football I also did a couple of FA tours around the world which aren’t as glamorous you think as you only get to see the plane, the hotel and the stadium.

There was also Sheffield United where I had some pleasing times as well as some frustrations due to injury.

From your time at Watford were there any players you particularly enjoyed playing alongside?

All of them to be honest with you. I got on very well with Duncan Welbourne although we got off to a shaky start. I got on very well with Ray Lugg and he ended up becoming Godfather to one of my children. Barry Endean, who really wasn’t there very long, was phenomenal in that championship winning season. He was a raw talent who tried very hard and made things happen for himself.

After Watford you went onto Sheffield Utd then you went to the New York Cosmos. What took you over there?

At the time they came in for me and wanted me to sign a three-year deal. I said no and only signed a two-year deal as I wanted to make the money and then get the hell back. The Cosmos looked after me very well. We rented a beautiful house on Long Island from them in a lovely area. The first year went really well for me so I sat down with my wife and we discussed whether we wanted to come back. We decided no and I signed a three-year contract. Unfortunately in the middle of the 1977 season I think it was, I tore my groin which basically finished me.

When you were at Cosmos the most notable player you played with was Pele. What was he like?

He was a very nice guy and very much a diplomat. He would never say or do anything that might be construed as a bit ‘iffy’. I remember during the first year, the two of us would go to the press conferences, me as captain and him because he was Pele, but nobody ever asked me a question! Every so often he would get asked a controversial question and then he would say, ‘Keith will answer that one.’ He was super nice guy with a lot of talent.

When you played alongside him could you see the talent that has put him as the probably the all time best player in the world?

Oh yes! Even though he was older and on the way down as it were. He would have games at that time where he wasn’t in it a lot and would get frustrated with teams who put one, sometimes two, men to mark him so it was hard to give the ball. Then he’d have games where you’d stand there and marvel at him. I remember him scoring a goal, I think it was in Hawaii, the way he collected the ball turned and flicked it over the guy and hit it on the volley was amazing. I was playing sweeper at the time and I just stood there and applauded him.

He was an exceptional talent. He had great vision and a low centre of gravity which made him very hard to knock off the ball plus he was tough and knew how to look after himself. He was a tremendous success for America, the way he developed the game here.

There are more kids playing football here than any other sport. Although they are trying with the MLS, it just hasn’t really manufactured the professional interest that perhaps you would think it would. I also think that is part of the mentality of the American adults who will do anything for the kids, go and watch and support them but they won’t necessarily go and support a men’s team.

What have you been doing since you left Cosmos in 1979 to the present day?

I took the head coach job at Toronto. Before that I had no thoughts of going into coaching but I was approached by lots of different teams so I decided to go for it.

After two and a half years I resigned from Toronto as I was sick of all the rigmarole and I was never at home. In the off season I was in Europe looking for players and it just got to the stage where I had had enough. We set up home in Toronto while I decided what I was going to do with the rest of my life. The guy who had been my assistant coach up there had played in Tulsa and he kept saying to come down to Tulsa as there was lots we could do. Him and I opened up a couple of nightclubs in Oklahoma and I came down and took a look at the place and then bought the family down.

In my mind it was only going to be for about six months, as I thought we were going to go back to New Jersey as we had made quite a lot of friends while living there before, but we never did. We decided to stay in Tulsa as it’s a good place to bring up kids and the weather’s reasonable unlike the north-east where it gets very cold. I’ve done a few different things while we’ve been here and I’ve done what I do now for about 20 years.

You run the Tulsa Soccer Club now but what is your day to day role?  Are you coaching or are you more on the administrative side?

I retired from coaching a couple of years ago as it’s a young mans game but I own the whole club so I run it now. I come into the office for a couple of hours in the morning and the rest of the time is my own so I am semi-retired really.

Do you think you will stay out there now?

Yes, both my daughters are married to Americans and I’ve got four grandkids so although I still get yearnings to go home, we wouldn’t want to leave the family. I watch English programmes and keep up to date with the English leagues though.

What do you think of the Premiership now?

It is fabulous to watch. I think the standard is great. The game is so much quicker now than it was in my day. There is still the concern of too many foreign players in the game but it has certainly raised the overall standard.

When was the last time you were at Vicarage Road?

It was probably about 12 or 13 year ago.  I remember we flew into Heathrow and stayed in St Albans and I took my youngest daughter to show her where I had played as she was born in Sheffield and had never been to Watford. So we had a nose around the ground whilst it was empty!

Is there anything that you miss about England?

I miss pub food like meat pies as you don’t get them over here and I drink more wine now rather than beer. There are English/Irish pubs over here, particularly in Florida, but they are not the same as they don’t really have regulars. The Americans tend to entertain more at home so you adapt to the lifestyle. It’s no wonder my wife loves it here as I am at home more and not disappearing off to the pub all the time!

Thanks Keith. Hope to see you at The Vic sometime soon. 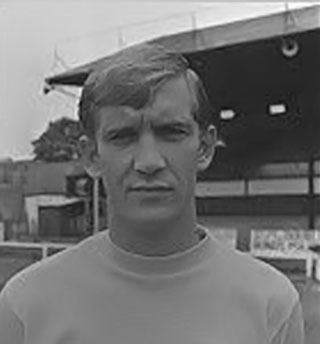