Former Manchester United trainee Richard spent two seasons at the club but made only one appearance, his senior football debut in an away match at Burnley. He went on to play for Lincoln City and Plymouth before retiring through injury.

Now working in education, Watford Legends spoke to Richard in 2009.

Hi Richard. You started off your career playing in the youth team at Manchester United with the likes of Beckham and the Nevilles, could you see at that time the special talent that they had?

Beckham was an old room mate of mine. Anybody in and around the camp could see that there were some special talents amongst those boys. I was actually the year after them. They were in the ’91 intake; I was in the ’92 intake. We had a lot to prove as they had just won the F.A youth cup with Giggsy and a few others involved. We were rubbing shoulders with them in training and being involved in the dressing room banter and it was around that time you realised some of them were magic and were going to go on and have a big career in the game.

A few of the more advanced players like Butt and Gillespie were ready sooner than others to begin getting in the first team. The main one for me was always Scholes, he was and still is a class act. He was the gem of the team and could see things other players couldn’t and would have Ferguson and the other coaches raving about him in training.

And to fast forward a bit to your Watford days, you were signed from Wolves by Graham Taylor. How did the move come about?

One bit of glory I can take from football is that as a youngster I was very sought after. Pretty much everyone in the country from Arsenal to Liverpool were after me but I was a bit of a shy lad and never went anywhere. I was training with Villa as a schoolboy before I went to Manchester United, so Graham Taylor had known me since I was a 13 or 14 year old lad. He was trying to sign me then but I never committed to anything until I signed for United at 15. I played for Man Utd reserves at the Bescot Stadium, and Graham Taylor was there. He was the Wolves manager at the time. I was released by United and Taylor signed me to go with him to Wolves.

Were you then pleased when you got the opportunity to join him at Watford?

Yeah I was. He was moved on from Wolves after trying to sell Steve Bull, which didn’t go down too well. I then got released by Wolves as well. It was a bit weird, because it was either going to be myself or Gavin Mahon going to sign for Watford. Just one of us, not both of us. It was then strange to see Gav, who is still a good mate of mine, turn up at Watford a few years later on as captain. Graham Turner wanted one of us as well, so we just had to decide which one of us was going to Hereford and which was going to Watford, and obviously it turned out I went to Watford.

Your time at Watford never really got going due to injuries. That must have been frustrating?

Yeah that’s true. It was difficult because I was Taylor’s signing, but Taylor wasn’t the manager. Jackett was the football manager but didn’t pick me. Graham knew what sort of player I was, an attacking midfielder with a good engine and he knew that I could run box to box for 90 minutes plus. I picked up my first injury with Watford in pre season, when I done my medial ligaments and was out for four or five weeks. I got back from that and was doing alright in the reserves; I was scoring every other game at that time. But I wasn’t getting a look into the first team because I was Taylor’s man, not Jackett’s and politics intervened and so I never really got a look in.

These things happen in football. Graham Taylor was always in the background and telling me to keep going and doing what I was doing. There wasn’t much else I could have done to be honest. The first team was missing an attacking midfielder that season, which is why I was brought in but players like Clint Easton and Chris Johnson were getting the nod ahead of me as they were Jackett’s boys. The following season I then got an injury that kept me out for a good 5 or 6 months of the season. I picked it up in pre-season, but we never really got to the bottom of it until January time. It was very frustrating.

What is it like as a pro when you are out for 5 or 6 months like that, sitting in a treatment room? Is it boring?

It’s annoying but not boring. The other lads tend to keep you going. Jason Lee had a bit of time out at the same time as me so he was spending a lot of time in the gym, so was Devon White. Most players don’t mind the gym, but at Watford they didn’t! The gym wasn’t very good back then, and there seemed to be a lot of players coming and going. Gary Porter was in there a lot at the time recovering from a broken leg. He was very good to me and kept encouraging me to keep going and we egged each other on in reserve games and what have you. He struggled after his leg break and was never the same player.

You seemed to struggle a lot with injuries throughout your career, not just with Watford.

I did, but it was never just a strained muscle or something like that, it would always be one that would keep me out for a matter of months. That is the luck of the draw I suppose.

Do you ever feel bitter now when you see the likes of Scholes and Beckham and see the careers they have had and the riches that have come with it?

No not at all. There are a few lads from the same team that like me never really had a career and they are very bitter, but I just don’t see it that way. It was never about the money. Back in ’92 none of us were bothered about the money, we were more interested in the FA Youth Cup and generally winning. I might not have made money out of the game but I have made some great friends, I always try and look at the positives in life. I was lucky enough to have the ability; unfortunately it was injuries that finished me.

Alex Ferguson recently described Gary Neville as not the most talented, but somebody that has worked hard and given the best he has got and fair play to him for that, he has got his rewards. It is just the luck of the draw I suppose. There are plenty of better players than me that have drunk their sorrows away.

What is the day job now?

I am General Manager of a five a side football centre called Goals Soccer Centres. We are the best in the business at what we do. I am pleased that I am still involved in the game. My job is basically to make as much money as possible for the company as a marketing and operations manager and to just keep the place busy. None of it really uses anything that I have learnt from the professional side of the game; it is just a typical sport manager’s job. It has been good to me for the last four years. I have just won a trip to Miami for being one of the top managers over the last two years, so I can’t complain!

I am lucky in that at a time when people are struggling for jobs, I am sitting quite pretty in my role and things are going well. Things are going well. I don’t know what I will be doing long term, I may have a look at becoming a lecturer to pass on a bit of what I have learnt.

Well good luck with everything, hope your career goes well. 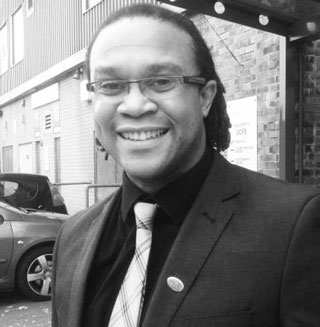