Defender Trevor joined Watford as a schoolboy in 1971, and was given his debut in early 1975 by Mike Keen. He was part of the squad under Graham Taylor that won promotion out of Division Four and Division Three in consecutive seasons before leaving the club in 1980 at the side was rebuilt for promotion to the top division.

Now running the family business, The Crown Inn in Little Missenden, Trevor spoke to Watford Legends in the summer of 2018.

Hi Trevor, thanks for talking to Watford Legends. You joined Watford as an apprentice in 1971. How did that come about?

I was playing for my school, playing for my district, playing for the county. You went over for a training session, I think it was on Thursday in those days. There was guy, I think his name was Wally Fielding who was the Youth Team Development Officer.

There was a lot of lads from the London area, I was from Buckinghamshire. There was Keith Mercer, Peter Coffill, Kevin McCarthy, Guy Bristow, that type of group. You make your way into the u16s and u18s, and then Mike Keen signed me as an apprentice. It took off from there.

It was all about schoolboy football, being decent at that level and progressing really.

What was it like being an apprentice at Watford in the early 70s?

I think it was a lot more basic. You were cleaning boots and looking after the players. I think I was looking after Dennis Bond, Stuart Scullion, maybe Duncan Welbourne, Dave Butler, Johnny Williams, Walter Lees, that sort of age group. Looking after their kit and boots.

It was a great opportunity, you wanted to be a footballer when you left school, it was fantastic. Coming to Watford you used to get the bus from the pub here to Amersham, train to Rickmansworth and then bus to Watford for 9am.

It was a great atmosphere. Things progressed, in those days they had the greyhound track around the stadium. But we were always working on the terraces, I remember with Keith Mercer we’d get under the Shrodells Stand and try and clean it out, paint the terracing (laughs). It was different to what it is now.

I think I was paid £8 a week and then it went up to £10 the following year, but you just did it for the love of it. I was lucky that Mike Keen came along and gave me the opportunity and it went from there. When I got into the side there was a lot of injuries and some of the younger lads like myself broke into the side. Good times really, looking back it was great.

What did you make of Mike Keen as a manager?

I got on really well with Mike, I went on to Wycombe and captained the Wycombe side with him. He was an absolute gentleman, perhaps too nice. I think with managers in those days you’ve had to be good, but also be a bit nasty. Mike didn’t have a nasty bone in him. I think he’d be great now. The change in the game from the 70s to now is massive. He was all about playing football and touch and control and crossing the ball and all of that sort of stuff, and that was his strength.

Some of the older players, not naming names, probably took advantage of his weakness and didn’t back him really. He put the young lads into the side and some of the senior lads didn’t really like that.

You were a full-back by trade. What type of player were you?

When I first went to Watford as a junior I played up front. Then they look at you and move you back into midfield. I was a right back or right sided centre-half, I could play that role.

I was quite quick. Luckily when Graham came along, we were a very fit side. He developed us into a very organised, very fit side, knew what we were doing, lots of pattern of play, Ross and Luther up front. It was good times.

What were your first impressions of GT?

You knew he was going to be somebody. He let me go in the end but that’s football. I got into the Second Division in them days, had about twenty games and then he probably knew I wasn’t good enough. It was even harder with Barnesy coming in and the other lads.

Good managers have an aura about them. I think Graham always had that, and he was a young lad then. We went up the two divisions by being fit and organised. He brought different methods into training. Sometimes you’d walk into training and something completely different would happen and you’d think what’s this all about. But that was Graham. He did it his own way and he deserves every bit of credit he got and was a great manager.

He was always going to go on and manage England. He has a presence and an aura, but as I said earlier all managers have that.

You were in and out of the team, so I guess you played with some of the younger players coming through at that time. Were there any that stood out?

Cally was always good. He has a bit of presence about him and could cross a ball and was fit. Kenny Jackett, Steve Terry and Charlie Palmer. They were the lads coming through. I missed John Barnes. I met him on many occasions but after I left he came in a bit later. Keith Cassells was a good friend, he was a good player, played up front. I still keep in touch with Ross, I see him every month or so. Roger Joslyn as well. We all keep in touch.

They were the lads coming through, I was a bit older than them. Cally and Kenny Jackett were the two that stuck in my mind really.

The club was changing. We’d got out of the Fourth Division to the Third and into what I call the Second, Championship now.

As I said, I had about twenty games and looking back I wasn’t good enough. That’s the way football is and you move on. He (GT) brought a few people in, Pat Rice and Gerry Armstrong were there, it was changing dramatically. That was part of football, and the way it was.

Did you have a favourite ground you played at?

Upton Park – they were in your face. Hillsborough was good.

The London grounds I played at mostly, where there was atmosphere, you know Stamford Bridge, White Hart Lane although it was a youth game, the old Valley, Craven Cottage. As a local lad, all the London grounds were great and seemed to have the bigger crowds.

I remember going down to Swansea to play at the old Vetch, and they needed a point I think to go up and had 20,000 in. Mike Keen put all the kids in and we were 3-0 up at half-time. You could hear a pin drop. I think we won 4-1 and of course we needed an escort out of Swansea. They were throwing cans of beer and bricks at the coach. As an 18 year old it was like, jesus, it was amazing. It’s all changed now.

I was nearly on the bench in the Man United League Cup game, I was taken up as 13th man. Never played which was a shame.

You played for a few local non-league clubs for a number of years.

Yeah I went and played and captained at Wycombe. Then I went up to Harrow Borough. I finished my playing career for Slough in the conference. I still kept in touch with all the boys. Ross and Roger Joslyn as I mentioned, Dennis Booth and Steve Harrison…

Cor isn’t it just! He’s not been so good. We’re all getting that little bit older.

A good friend, a guy called Mickey Walsh, played for Blackpool and scored the goal of the season in the early 70s, and he’s just had a stroke but is recovering well. I’ve had a bit of cancer recently.

But you keep in touch. That side from the fourth to the third, them two years, we were a solid bunch of lads. We did everything together, drunk together, partied together, which is good. Of course with Graham’s funeral we all met, Steve, Sam Ellis and Steve Sherwood.

When you see everyone it’s like going back forty years and having a good laugh!

Do you get back to see Watford at all?

I do, yeah. I get invited over occasionally with the legends team with Pricey and a few of the other lads like Ian Bolton. Some of the lads go over there regularly, that’s not for me. The club, as you know if you’re a Watford person, has moved on dramatically. It’s a business now. They’re in the Premier League, they want to stay up. It’s not like it was, but nothing ever is. Football is a massive business.

You go over there, see some of the old faces. It’s nice to be recognised, you might go on to the pitch or sign a few autographs. I took my daughter over and she couldn’t believe it all because she’s never been. But I don’t go over much but I might go once or twice a year.

You’re now in the pub trade which was a family business – is that what you went into straight after football?

Yeah you start coming towards the end of your career and think what you’re going to do. My Dad had the village pub and held the freehold, we own the property.

I was still playing a bit of football and became a partner, and then I bought it off my Dad about 30 years ago and we’re still going. We’ve added a few en suite rooms on it. My wife is still involved and my sister-in-law, my son’s around but he works for a big company now.

We’re getting towards the end of it, we’ve nearly had enough, but it’s a lovely spot in a good area of Buckinghamshire so it’s a good lifestyle. That’s the way it went really, you’re not sure what you’re going to do when you finish. I could have stayed in and become a manager or a coach but it’s very cut throat isn’t it? 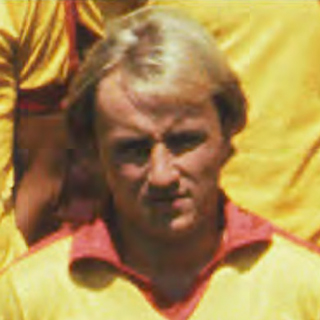 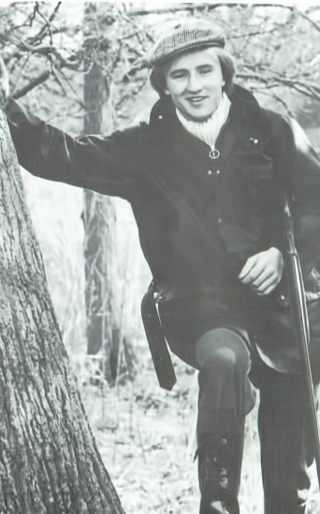